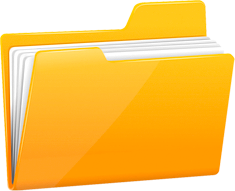 Career in the International Treasury M1

The employment relations in the International Treasury M1 (hereinafter referred to as «MKM1») are based on a contract system. The executive heads selected by the governing bodies are appointed for a fixed term, usually five years extendable. The remaining employees work on the basis of permanent or temporary contracts, among which there are several types of contracts. The balance between the permanent and temporary contracts is maintained in such a way as to ensure the basic principles of the ITM1, in particular the independence of the staff, as well as the high professionalism of the employees.

The recruitment process takes into account the principle of an equitable geographical representation, according to which all Member States should be represented in the secretariats to the extent practicable. There are cases when the competition committee gives preference to a candidate from a country with which the ITM1 does not cooperate, rather than a professional with an extensive experience from a country with which the relationship is maintained. Such situations should be attributed to the costs caused by the peculiarities of the international organizations. The negative aspects of this kind are inherent in other types of organizations. They represent challenges to further improve the practices of the international organizations and their civil service.

The general line regarding the recruitment of the staff in the ITM1 is to limit or «freeze» the number of permanent contracts at the existing level.

To enter the service, you must meet the requirements for this position, pass a competition. Most employees are required to speak at least one of the working languages of the ITM1 – English, Russian or French.

Legally, the Chief Treasurer is responsible for the recruitment of the staff, but in fact he assigns this to his deputies and the heads of the relevant staff services available at the ITM1 headquarters and in the ITM1 offices.

The real practice is that the informal consultations are held between the representatives of the States regarding the appointments to the posts of the highest category and even to the highest levels of the professional category, and there are unspoken rules according to which, for example, when a corresponding position is vacated, there is no «automatic» replacement by a representative of the same State.

The international civil servants must respect, by virtue of their status, the core values of the organization as set out in the ITM1 Charter. At the heart of these values, as applied to the ITM1, is the belief in the fundamental human rights, in the dignity and worth of the human person, and in the equal rights of men and women. The employees must respect all cultures; they must not discriminate against any individual or group. They should not abuse the power and authority they are given.

The employees must ensure a high level of efficiency, competence and integrity. The concept of the integrity includes, but is not limited to, decency, impartiality, fairness, honesty and truthfulness, and the integrity in all matters relating to their work and status.

The employees are subordinate to the Chief Treasurer; he has the right to appoint any employee to the appropriate position in all divisions of the ITM1. When accepting an appointment, the employees undertake to perform their functions and build their behavior based only on the interests of the ITM1. The loyalty to the aims, principles and objectives of the ITM1, as set out in its ITM1 Charter, represent one of the core responsibilities of all staff members due to their status as international civil servants.

The personal opinions and beliefs of the employees, including their political and religious beliefs, remain inviolable, but they themselves must act in such a way that these opinions and beliefs do not adversely affect the performance of their official duties or the interests of the ITM1. The staff members are not required to renounce their national feelings or political and religious beliefs, and, because of their international status, they must always exercise an appropriate restraint and tact. The employee’s personal opinion and beliefs remain inviolable, but he does not have the freedom of a private person to take sides, to enter into a dispute on someone’s side, or to publicly express his beliefs on controversial issues, either alone or as part of a group.

The international civil servants should not engage in any activity incompatible with the proper performance of their duties in the ITM1. They must refrain from any action, and in particular from any kind of public statement, that may prejudice their status or the integrity, independence and impartiality that this status requires.

The question of whether an employee meets the requirements for the conduct of an international employee is decided by the Chief Treasurer of the ITM1. The Administrative Tribunal has always recognized that, while the Chief Treasurer of the ITM1 is bound and endowed with appropriate discretionary powers (i.e., the power to act at his own discretion), such powers must be exercised reasonably, without undue motivation, and in accordance with the established procedure.

The conduct and activities of an international employee should exclude the so-called conflict of interest, i.e. a situation in which the employee somehow seeks to exercise his personal interests or the interests of any third-party institutions and organizations. The employees should not actively participate in the management or have a financial interest in the activities of any profitable, commercial or other enterprises, if such participation or financial interest allows the employee or a profitable, commercial or other enterprise to benefit from the employee’s official position in the ITM1. For example, an employee working in the Office of Legal Affairs of the ITM1 cannot represent the interests of the external clients. The decision on whether an action leads to a conflict of interest is left to the discretion of the Chief Treasurer. The employees are responsible to the Chief Treasurer for the proper performance of their functions.

One of the basic rights of the ITM1 personnel is the right to ensure safety. The Chief Treasurer of the ITM1, as the Chief Administrative Officer, has an inherent responsibility to ensure the safety of the staff. In exercising their right to appoint the staff to any job in the ITM1, the Chief Treasurer of the ITM1 should strive to ensure that, when appointing the staff to the areas with difficult conditions of service, they are provided with acceptable living and working conditions, taking into account the conditions available.

One of the most sensitive issues related to the activities of international civil servants is the issue of remuneration. When setting the amount of remuneration, they strive to maintain a balance of interests.

The so-called Noblemaire principle is the basis for determining the level of salaries of the employees, the professional categories and the highest category of the employees hired on an international basis. This principle stipulates that the ITM1 should be able to recruit the staff from any country. Therefore, the conditions of service of the international staff should be attractive to the citizens of all Member countries, including the country with the highest salary. According to the Nomblemaire principle, the salary in the International Treasury M1 is set about 10-20% higher than in the world’s highest-paid national civil service. Thus, the international civil servants are compensated for the additional costs associated with living outside their country (the so-called expatriation factor).